Everything is bigger in America, and Mega Millions is a proof of that in the lottery world. What began as a lottery called The Big Game in 1996, is todays Mega Millions, played in almost all of the United States. The game as we call it today was first played in 2002 and the rest is a (rich) lotto history. 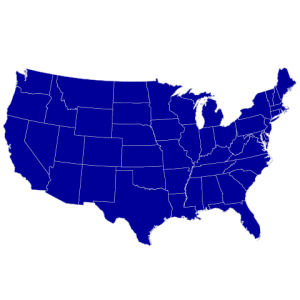 Alongside the mentioned main game, there is also an option called Megaplier. It provides a possibility of activating a multiplier, playing a x2, x3, x4 or x5 on prizes other than jackpot at additional cost. A basic ticket for one MegaBall combination costs 2 dollars, while a ticket with Megaplier included is 3 dollars, and, as previously mentioned, increases all of the prizes won by the number drawn on the Megaplier. There is also an option Just a Jackpot, in which case player’s numbers can only win a jackpot and are not eligible to win other prizes (there is eight other tiers of prizes: 5+0, 4+1, 4+0, 3+1, 3+0, 2+1, 1+1 and 0+1). The draw takes place in Atlanta each Tuesday and Friday. There are two options of receiving the money you have won: through annuities or as a one-time cash payout (which is always smaller).

And now, that you’ve learned all about it, wait till you hear this: the largest jackpot won in Mega Millions history was 1,537 billion dollars, won in October 2018. This was also the largest prize won for one set of numbers in the world lotto history! And a great reason to start playing Mega Millions today.

This website uses cookies to improve your experience while you navigate through the website. Out of these, the cookies that are categorized as necessary are stored on your browser as they are essential for the working of basic functionalities of the website. We also use third-party cookies that help us analyze and understand how you use this website. These cookies will be stored in your browser only with your consent. You also have the option to opt-out of these cookies. But opting out of some of these cookies may affect your browsing experience.
Necessary Always Enabled
Necessary cookies are absolutely essential for the website to function properly. This category only includes cookies that ensures basic functionalities and security features of the website. These cookies do not store any personal information.
Non-necessary
Any cookies that may not be particularly necessary for the website to function and is used specifically to collect user personal data via analytics, ads, other embedded contents are termed as non-necessary cookies. It is mandatory to procure user consent prior to running these cookies on your website.
SAVE & ACCEPT
EN
EN ES